How to setup Active Directory Sync with Microsoft Project Online

What is Active Directory

Active Directory (AD) is a directory service that allows administrators to security IT resources, as well as manage them. AD stores various information about objects such as users, groups, networks, applications, and much more. A huge feature of AD is to create and store users, and provide them access to desktop computers, laptops, applications (many), servers, and much more. Each and every day, in an organization that uses AD, every user is using AD. AD provides users access to many applications across networks. 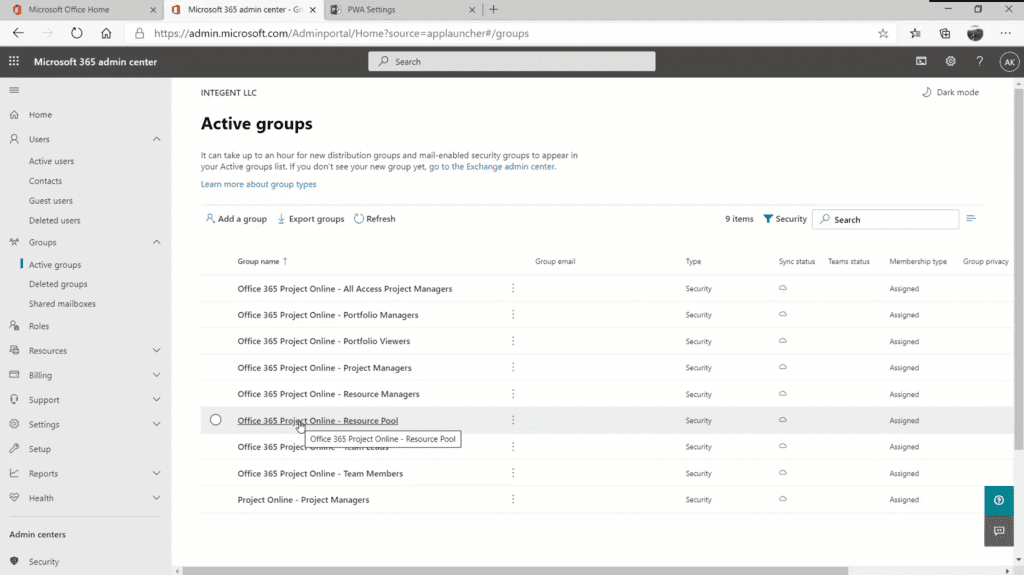 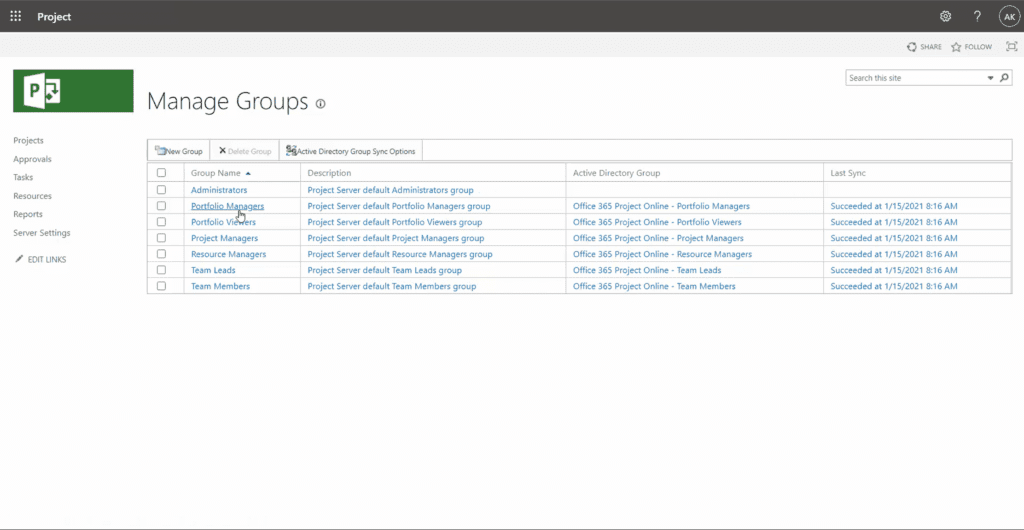 The theory behind the AD sync with Project Online is that the system administrator will create security groups in AD that align with the security needs of Project Online. Meaning, an AD group will be created for Project Managers, one for Team Members, one for Portfolio Managers, and so on. The system administrator will then add the users to each group based on their role in Project Online. One these groups are complete, the groups will be used to synchronize the users contained in them with corresponding groups that are setup in Microsoft Project Online on a scheduled basis. This makes maintaining enterprise resources and enterprise users with the project management tool much more simplified. Meaning, in order to add/remove a resource manager, team member, or any other resource or user with Project Web App, the administrator need only add/remove users from the AD groups. The scheduled sync will automatically add/remove the users access from Microsoft Project PPM. The sync ultimately allows users to see project portfolios, access MS Project when connecting to Microsoft Project Online, and more. Access to all of Microsoft Office is handled via a domain controller in which azure active directory or some other AD sync is specified. Both Microsoft Project Server on premise as well as Microsoft Project Online have the capability. In some cases there may be additional install and configure options to set.

In this video, we will walk through the entire setup of Active Directory synchronization with Microsoft Project Online.